SaGa Frontier 2 is a role-playing video game developed by Square for the Sony PlayStation as the eighth original game in the SaGa series. Initially released in Japan in April 1999, an English version was made available in North America in February 2000 and the PAL region the following March 2000. Development for the title was headed by series creator Akitoshi Kawazu, with music by Masashi Hamauzu. The game features an art style unique to the series at the time it was released, utilizing hand-painted watercolor backdrops and characters to give the game a storybook feel. Like other SaGa games, gameplay is largely non-linear, giving the player multiple paths to follow in order to complete the game.

Set in the fictional world of Sandail, the game's plot, as well as location and character names, draw heavily from medieval Germanic influence. The game's plot is divided into two separate stories, with the player given the option to control either Gustave XIII, an exiled would-be heir on a quest to reclaim his throne, or Wil Knights, a young man investigating the death of his parents, with both scenarios eventually intertwining in a larger plot involving the fate of the world. SaGa Frontier 2 was met with mostly positive reviews, with the Japanese version receiving three re-issues in June 2000, March 2002, and July 2006 respectively. 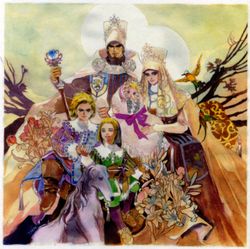 SaGa Frontier 2 features two-dimensional character sprites on hand-drawn backgrounds. Players advance through the game by completing story-based missions and interacting with non-player characters to move the plot forward. At the start of the game, the player is given the option of assuming the role of one of two heroes, each with their own individual stories and objectives. Like previous titles in the SaGa series, the game's plot progresses in a mostly non-linear fashion, with a heavier emphasis on exploration and battling than adhering strictly to the narrative. While the player is restricted by the basic flow of the story, they are free to travel to many parts of the game world whenever they choose, and must traverse harsh dungeon environments and defeat enemies to affect their current place in the story.

Battles in SaGa Frontier 2 utilize a turn-based approach where the player must input specific commands for each character at the beginning of each combat round, with each action taking place in accordance with a character's speed rating. In any given round, player may choose to attack an enemy with an equipped weapon, as well as use magic spells to cause harm to their opponent or aid their allies. By continually attacking an enemy with weapons, characters randomly learn special weapon skills called Arts that can deal more damage, as well as combine with other party member's attack to form combo attacks. Combat scenarios are divided into three separate types, with are either selectable by the player or dictated automatically by the plot - Duel, which allows one-on-one combat; Team, where up to four characters may take part against an entire enemy group; or Strategic, which can contain a large number of characters in a strategy-like scenario. Each character may equip up to two different kinds of weapons, and may become more specialized in a particular field of combat by assigning them "Roles", which increase their proficiency with certain weapon and spell combinations as well as give them additional abilities. By winning battles, characters may increase their statistics based on their actions in combat, thus becoming more powerful.

SaGa Frontier 2 has two separate storylines: The history of Gustave XIII of Finney (AKA Gustave the Steel), and the Knights family. The game takes place in the land of Sandail, roughly in the years 1200-1300.

Gustave XIII is the former prince of Thermes, and successor to the throne of Gustave XII. He is exiled by his father when, at the age of 7, he fails the Firebrand Ceremony due to an inability to ignite a sword through manifestation of his Anima. His mother, Queen Sophie, unsuccessfully tries to prevent Gustave XIII's banishment. She and Gustave XIII are banished from the castle by Gustave XII and are forced to live in the slums of Thermes, and are forbidden to leave for Nohl.

Master Cielmer asks Gustave XII for permission to leave the King's Employ and to depart Thermes. His request is granted. Cielmer uses this opportunity to sneak Gustav XIII and the Queen to Gruegel. Gustave will set neither foot nor sights on Thermes, Finney, or Merchmin for another 20 years. Shortly after the death of his mother and his conquering Wide, Gustave hears of the death of his father and heads to the Finney kingdom to take the throne. He gives the throne to his brother Philippe. Gustave dies at the age of 49 in one of his forts.

The secondary playable storyline in the game is that of Wil Knights, and his journey to learn the secrets of the soul-stealing entity known as 'The Egg'. Wil's story spans three generations of his family, and is intertwined within the storyline of Gustave XIII. As Wil gets older his son Rich Knights continues his father's quest for the Egg. Fourteen years after Rich disappears while chasing a mysterious girl called Misty, thought to be in possession of the Egg, Rich's daughter Virginia (or 'Ginny') follows in the footsteps of her family to seek out adventure, and the truth.

While being much closer to a tradditional jRPG than an average SaGa title, the game still had some unique features:

SaGa Frontier 2 was first announced in a September 1998 issue of the Japanese PlayStation magazine, where Square claimed the game would be taking a stylistic departure from the original SaGa Frontier released one year earlier, as well as confirming the title's release for spring 1999.A representative from the company stated that they would be abandoning the CG full-motion videos and computer-style graphics of the previous title to focus on a more traditional, hand-drawn look. The game's art style was achieved by using hand-drawn and painted artwork produced on a canvas that would be scanned and digitized to produce the game's backgrounds and character sprites. Many of the game's towns, locations, and characters draw heavily from medieval Germanic influence, with much of the story taking place within a fictional timeframe similar to the 13th century. New features not seen in the previous SaGa Frontier title include compatibility with the PlayStation's DualShock analog controller and Pocketstation peripheral device for accessing additional content. Series creator Akitoshi Kawazu served as project director, with the game's promotional character art drawn by Tomomi Kobayashi, who had previously contributed artwork for SaGa Frontier and Romancing SaGa.

The North American version was announced at the 1999 Electronic Entertainment Expo in Los Angeles by Squaresoft. In January 2000, the game was released in that region by Square Electronic Arts, and was made available in the PAL region the following March. A promotional movie for SaGa Frontier 2 was included on the Squaresoft 2000 Collector's CD Vol. 3, which was packaged with the initial North American release. 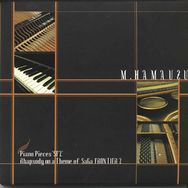 While Kenji Itō served as composer for most of the previous SaGa games, the music for SaGa Frontier 2 was written by series newcomer Masashi Hamauzu, who had previously provided the soundtrack for Square's Chocobo no Fushigina Dungeon two years earlier. SaGa Frontier 2's music was recorded at Sunrise Studio in Tokyo, and on April 21, 1999, Square released the three-disc SaGa Frontier II Original Soundtrack in Japan courtesy of publisher DigiCube. The soundtrack features German track names to keep with the game's eastern European theme, and was popular enough to be re-issued on the Square Enix Music label in February 2006. In July 1999, an album called Piano Pieces "SF2" was released featuring piano renditions of music from the game, featuring arrangements from Hamauzu himself along with Naoko Endo, Daisuke Hara, Mikiko Saiki, Daisuke Karasuda, and Michiko Minakata.

SaGa Frontier 2 has sold over 675,000 copies in Japan as of December 2004. Famitsu gave the game a high 35 out of 40. Like SaGa Frontier, the game has been re-released several times over the years, once in 2000 as part of the Square Millennium Collection, again in 2002 as part of the PSOne Books bestseller range, and again in 2004 as a part of Square Enix's Ultimate Hits line.

The game received mostly positive reviews upon its release in North America and the PAL region in 2000. GameSpot praised the game's art design in a time when three-dimensional computer graphics were becoming more prominent, stating "the title's relaxed and flowing tones are a pleasant breeze of creativity when compared with most titles' CG, polygons, and pixel-perfect graphics. This unique presentation is SaGa Frontier 2s greatest strength, triumphantly stating: There is still a place for two-dimensional graphics." However, the website felt that the game may alienate fans of the original SaGa Frontier for taking too many liberties with gameplay and style, and that while players were still free to explore scenarios at their own pace, the game's story itself was more linear than the average SaGa title. SaGa Frontier 2's graphics were also praised by IGN who called the game "beautiful" with a "romantic soundtrack that is of the utmost quality. But it isn't too memorable". IGN's biggest problem with the title was its low replay value and weak presentation, which the website felt didn't take full advantage of the PlayStation's CD format by including an opening movie or character voices, ultimately calling it a "slightly above average game". GamePro magazine called attention to the game's "well organized" menu system and responsive control which took advantage of the PlayStation's DualShock analog control sticks, as well as "a solid story that is sure to please role-players and strategy fans alike". The game maintains a 74% average score from aggregate review website GameRankings based on 26 reviews.